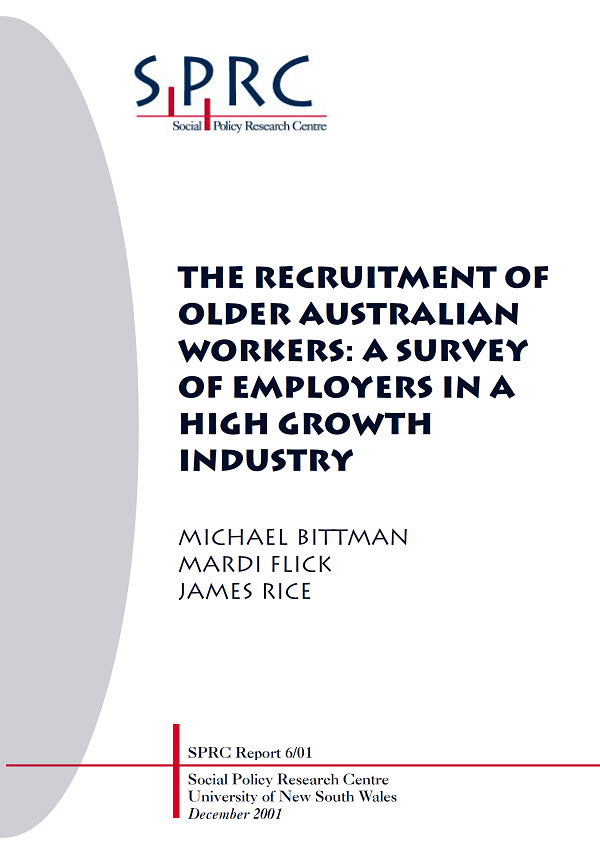 The Recruitment Of Older Australian Workers: A Survey Of Employers In A High Growth Industry

To better grasp the likely policy implications of the ageing population, it is important to understand both supply-side and demand-side phenomena associated with the labour market for mature-age workers. This research sheds new light on employers' views of and practices towards older workers. The special qualities of this study can be summarised under three headings - methodological innovations, original findings, and implications for social policy.