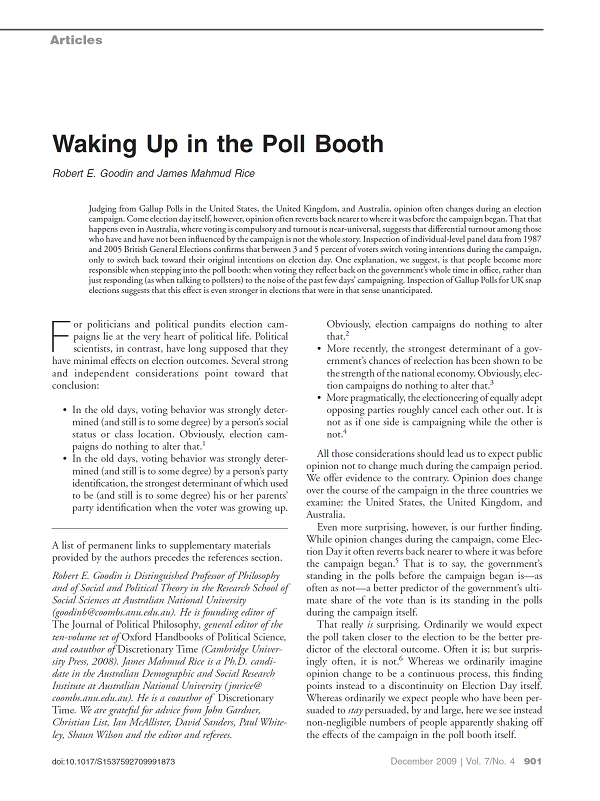 Waking Up In The Poll Booth

Judging from Gallup Polls in the United States, the United Kingdom, and Australia, opinion often changes during an election campaign. Come election day itself, however, opinion often reverts back nearer to where it was before the campaign began. That that happens even in Australia, where voting is compulsory and turnout is near-universal, suggests that differential turnout among those who have and have not been influenced by the campaign is not the whole story. Inspection of individual-level panel data from 1987 and 2005 British General Elections confirms that between 3 and 5 percent of voters switch voting intentions during the campaign, only to switch back toward their original intentions on election day. One explanation, we suggest, is that people become more responsible when stepping into the poll booth: when voting they reflect back on the government's whole time in office, rather than just responding (as when talking to pollsters) to the noise of the past few days' campaigning. Inspection of Gallup Polls for UK snap elections suggests that this effect is even stronger in elections that were in that sense unanticipated.