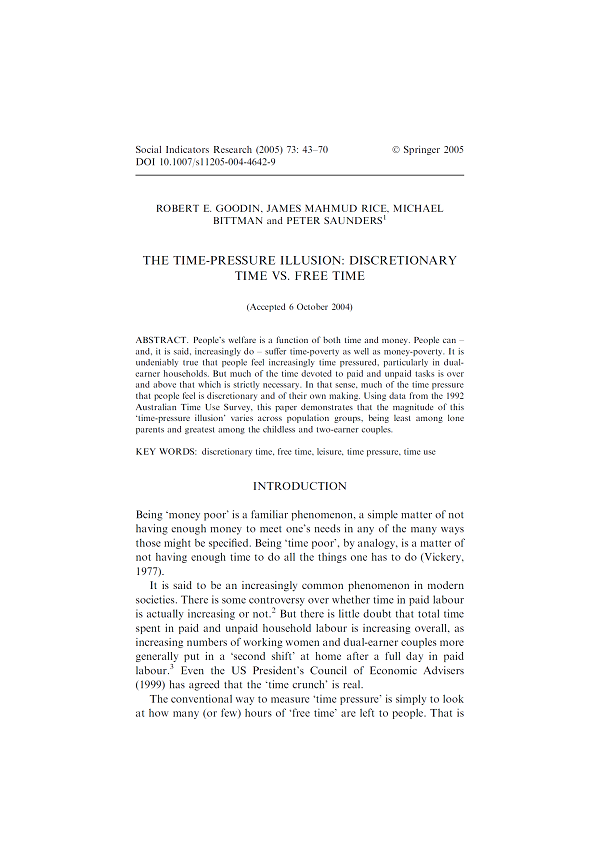 People's welfare is a function of both time and money. People can - and, it is said, increasingly do - suffer time-poverty as well as money-poverty. It is undeniably true that people feel increasingly time pressured, particularly in dual-earner households. But much of the time devoted to paid and unpaid tasks is over and above that which is strictly necessary. In that sense, much of the time pressure that people feel is discretionary and of their own making. Using data from the 1992 Australian Time Use Survey, this paper demonstrates that the magnitude of this "time-pressure illusion" varies across population groups, being least among lone parents and greatest among the childless and two-earner couples.