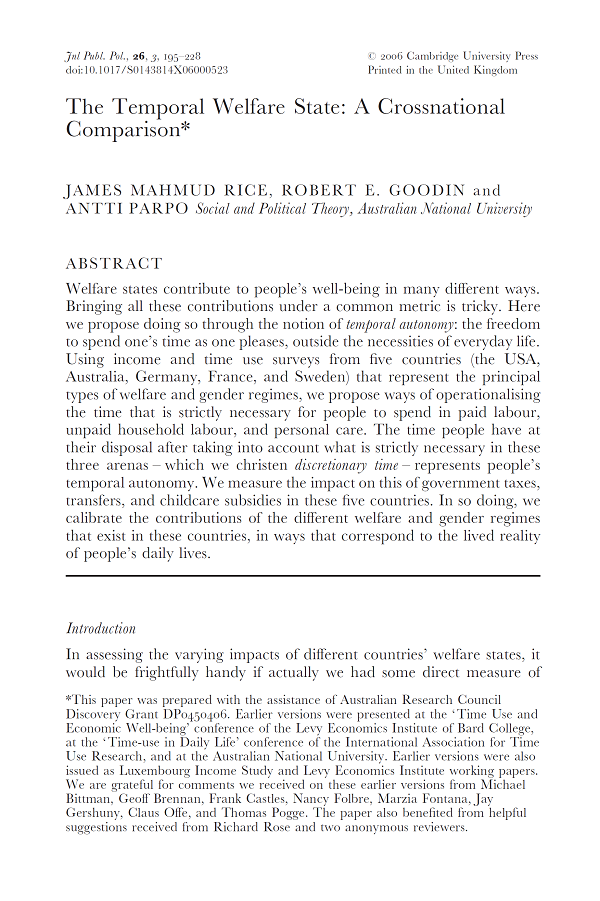 Welfare states contribute to people's well-being in many different ways. Bringing all these contributions under a common metric is tricky. Here we propose doing so through the notion of "temporal autonomy": the freedom to spend one's time as one pleases, outside the necessities of everyday life. Using income and time use surveys from five countries (the USA, Australia, Germany, France, and Sweden) that represent the principal types of welfare and gender regimes, we propose ways of operationalising the time that is strictly necessary for people to spend in paid labour, unpaid household labour, and personal care. The time people have at their disposal after taking into account what is strictly necessary in these three arenas - which we christen "discretionary time" - represents people's temporal autonomy. We measure the impact on this of government taxes, transfers, and childcare subsidies in these five countries. In so doing, we calibrate the contributions of the different welfare and gender regimes that exist in these countries, in ways that correspond to the lived reality of people's daily lives.